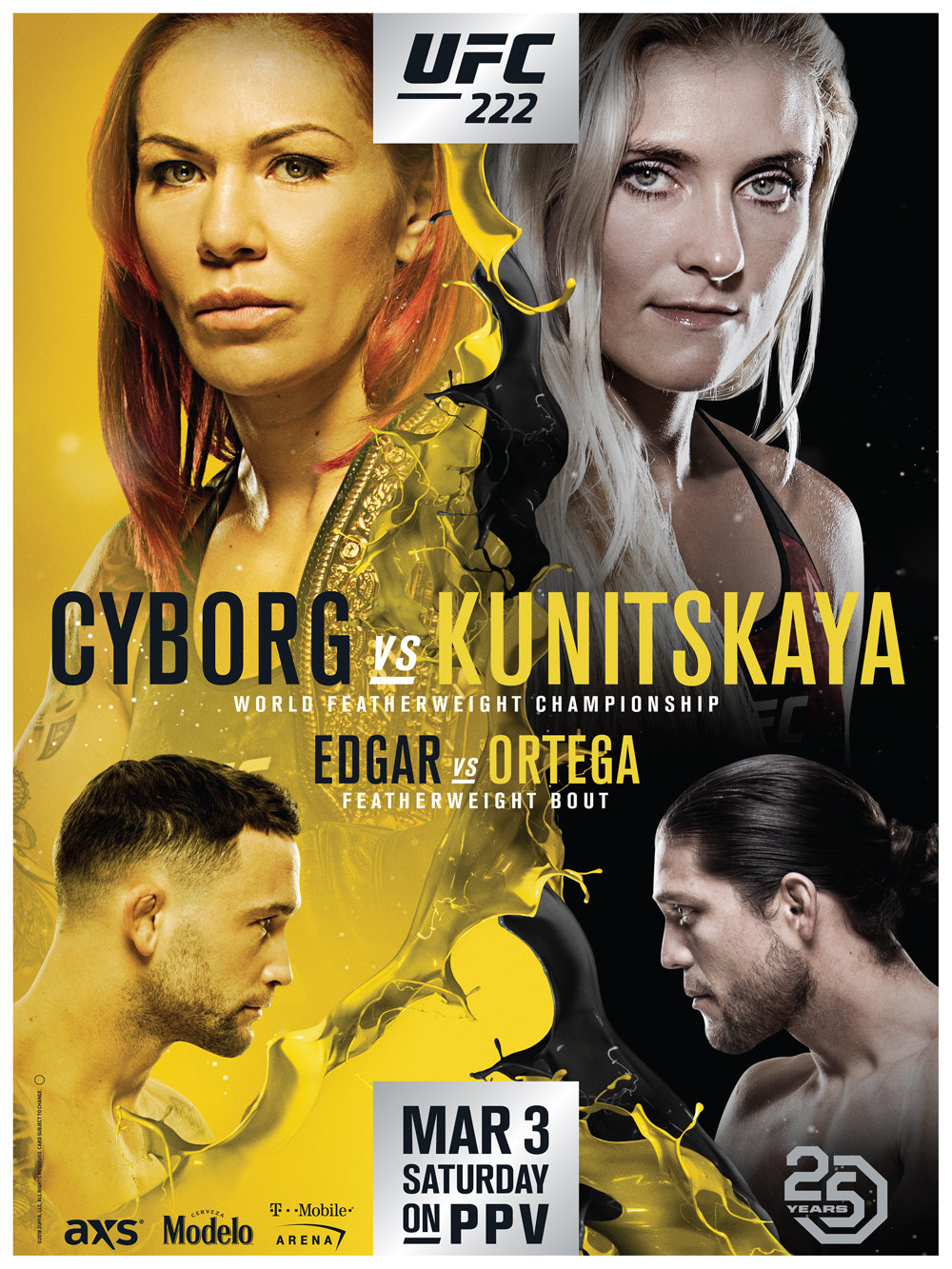 Due to an injury suffered by UFC featherweight champion Max Holloway, his UFC 222 main event bout against Frankie Edgar on March 3 has been pulled from the card at T-Mobile Arena in Las Vegas.

Stepping into the headlining role will be Brazilian superstar Cris Cyborg, who will make the second defense of her UFC women’s featherweight crown against former Invicta FC champion Yana Kunitskaya.

New Jersey’s Edgar will remain on the card, and the No. 2-ranked contender will have another tough challenge as he faces No. 3-ranked contender Brian Ortega in the three-round co-main event of the evening.

Already the UFC champion at 145 pounds, Cris Cyborg made her case as one of the greatest female fighters ever in December with her five-round win over former world titleholder Holly Holm. Now the 32-year-old from Curitba will look to extend her remarkable unbeaten streak to 21 when she battles Russia’s Yana Kunitskaya. Originally scheduled to make her UFC debut against Leah Letson on March 3, the 28-year-old knockout artist now has the opportunity of a lifetime in front of her as she takes on Cyborg in a matchup where the former Invicta FC bantamweight champ can add UFC gold to her championship collection.

In the co-main event, fight fans will get another opportunity to see a modern great in Edgar, the owner of the 155-pound crown from 2010-2012 and a featherweight standout since 2013 who has won seven of nine bouts in his new division, beating the likes of BJ Penn, Cub Swanson, Jeremy Stephens, Urijah Faber, Chad Mendes and Yair Rodriguez. But to be the man, you have to beat the man, and that’s the goal of California’s Ortega, an unbeaten rising star who has finished all five of his UFC victories by knockout or submission, most recently finishing Swanson in two rounds in December.

You can be the first one to leave a comment.